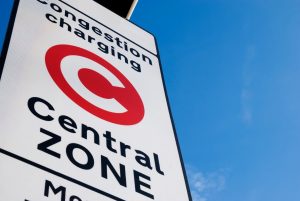 Cardiff Council has proposed a £2 congestion charge as part of their £2 billion 10-year transport vision. The charge will apply to all non-resident vehicles travelling within the congestion zone.

The proposed charge is part of the council’s plan to hit green targets after being identified as among the UK’s worst cities for air quality. The congestion charge could come into effect as early as 2024.

In addition to improving air quality, Cardiff aims to cut traffic congestion in the city. Cardiff’s public transport infrastructure was originally built to support 200,000 people. Now with a population of 335,000 and 100,000 daily commuters, changes need to be made.

Additional proposals as part of plan to reduce congestion and tackle poor air quality, include reduced bus fares and incentives for bus and taxi operators to use cleaner or electric engines. Also listed, are the opening of new tram/train routes, an integrated ticketing system and Park-and-Ride sites east and west of the city.

“Once commuters, shoppers and visitors are taken into account our city has a daily population of almost half a million,” said councillor Caro Wild.

By introducing the congestion charge the Council hopes to experience a significant reduction in traffic, cleaner air and increased funding for public transport.