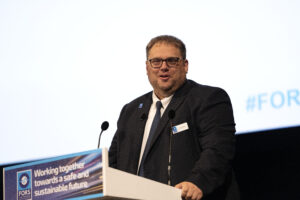 FORS – the Fleet Operator Recognition Scheme – enjoyed an enthusiastic response from delegates at the first FORS Annual Conference under its new FORS Concession managed by Sopra Steria, and the first event in two years following the COVID-19 pandemic.

Initial feedback from delegates sees the new FORS management team receive enthusiastic praise for its collaborative attitude, along with its willingness to engage with a diverse range of transport industry stakeholders, including industry bodies, regional authorities and enforcement agencies.

The FORS Annual Conference, delivered under the rubric ‘Working together towards a safe and sustainable future’, was staged this year at the Manchester Central Convention Complex. Delegates were presented with a range of keynote presentations, including an interactive Q&A platform allowing Conference Chair (and former Commercial Motor magazine Editor), Andy Salter, to pose questions directly from the floor in real-time to panellists throughout the conference. 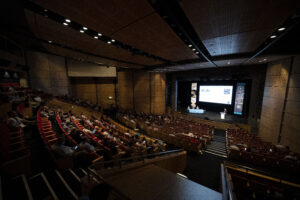 Keynote presentations came from Andy Rhodes from HS2, Wayne Allen from Galaxy Insulations & Dry Lining Ltd. (a FORS Gold accredited operator), plus updates from the FORS senior management team including FORS Concession Director, Ian Henderson, FORS Head of Quality Assurance, Graham Holder, and GSAG Chair, Steve Agg. Special guest, ex-MP Steve Norris, provided an entertaining look back at his career in politics and transport, along with some thought-provoking comments on the future of the industry.

Delegates also benefited from an adjoining exhibition hall comprising 35 FORS Affinity Partners and FORS Associates showcasing their products and services. Chief among them was the conference’s headline Sponsor, Drivetech – the specialist risk management and driver training company – with Managing Director, Charlie Norman, presenting to delegates. For the first time, the exhibition also included organisations not directly associated with FORS including Logistics UK and the safety charity, Brake. 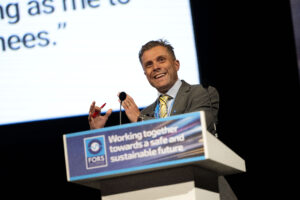 The FORS team went on to outline key updates contained with the new version 6 of the FORS Standard – plus a brief glimpse at version 7 – while Sopra Steria’s Head of Transport, Mark Oldfield, spent time describing how FORS is in the ideal position to act as a ‘business enabler’ and as a means for vehicle operators to facilitate new business wins.

“I left the conference venue earlier this week emboldened and invigorated,” said FORS Concession Director, Ian Henderson, “with feedback from delegates both enthusiastic and encouraging in equal measure. I am particularly pleased to receive praise for our more collaborative, open approach with industry stakeholders – and that conviction will only continue.” he said. “I was very keen to ensure delegates also left with some fundamental takeaways, none more so than our ‘pillar’ principles; to support the industries we engage with, to uphold the FORS Standard, to be consumer-centric, to be demonstrably collaborative and to grow FORS in the UK and overseas. Above all,” he said, “I want all FORS accredited operators to know that we are listening, and that change is on the way!” 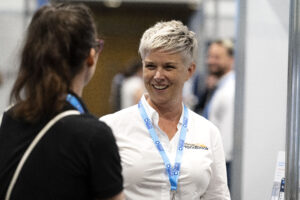